Christmas is a time for giving and in our 2018 social media advent calendar we are celebrating gifts that have been made to the Museum.

Christmas is seen as a time for giving. In our 2018 online advent calendar we are celebrating gifts that have been made to the Museum, by individuals, groups and organisations, ranging from the Founder’s bequest in 1816 to another collection bequest made in 2015. We hope you will enjoy learning more about the gifts that have helped to build our collection.

Please contact us if you’d like to know more about a gift in kind or bequest to the Museum.

Rossetti drawing bought in second-hand bookshop for £75 on display

Japanese print of a winter scene 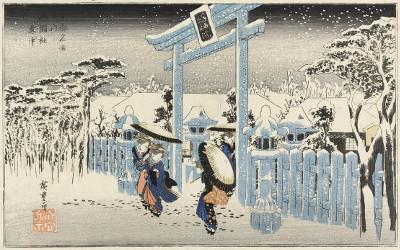