Five works by Stanley Spencer (1891-1959) have joined the collections at the Fitzwilliam Museum. They include one of his most significant early paintings and two preliminary sketches documenting his experiences of World War I.

They join the Fitzwilliam’s fine collection of early twentieth-century British paintings, which already includes eight paintings and four drawings by Spencer. The collection features some of Spencer’s most famous canvases including Love among the Nations (1935-36), Self-Portrait with Patricia Preece (1937) and Love on the Moor (1949-1954).

Stanley Spencer is one of the most important British painters of the 20th century. Born in Cookham, Berkshire in 1891, at the age of seventeen he went to study at the Slade School of Art in London. The group of five works allocated to the Fitzwilliam were formerly in the collection of wood engraver Gwen Raverat, grand-daughter of Charles Darwin, who first met Stanley Spencer when they both enrolled at the Slade School in 1908. They became life-long friends, Gwen dubbing Spencer ‘Cookham’ in recognition of the affection Spencer held for his home village.

The new acquisitions are now on display with other 20th century British works in the recently refurbished Gallery 1 at the Fitzwilliam Museum. 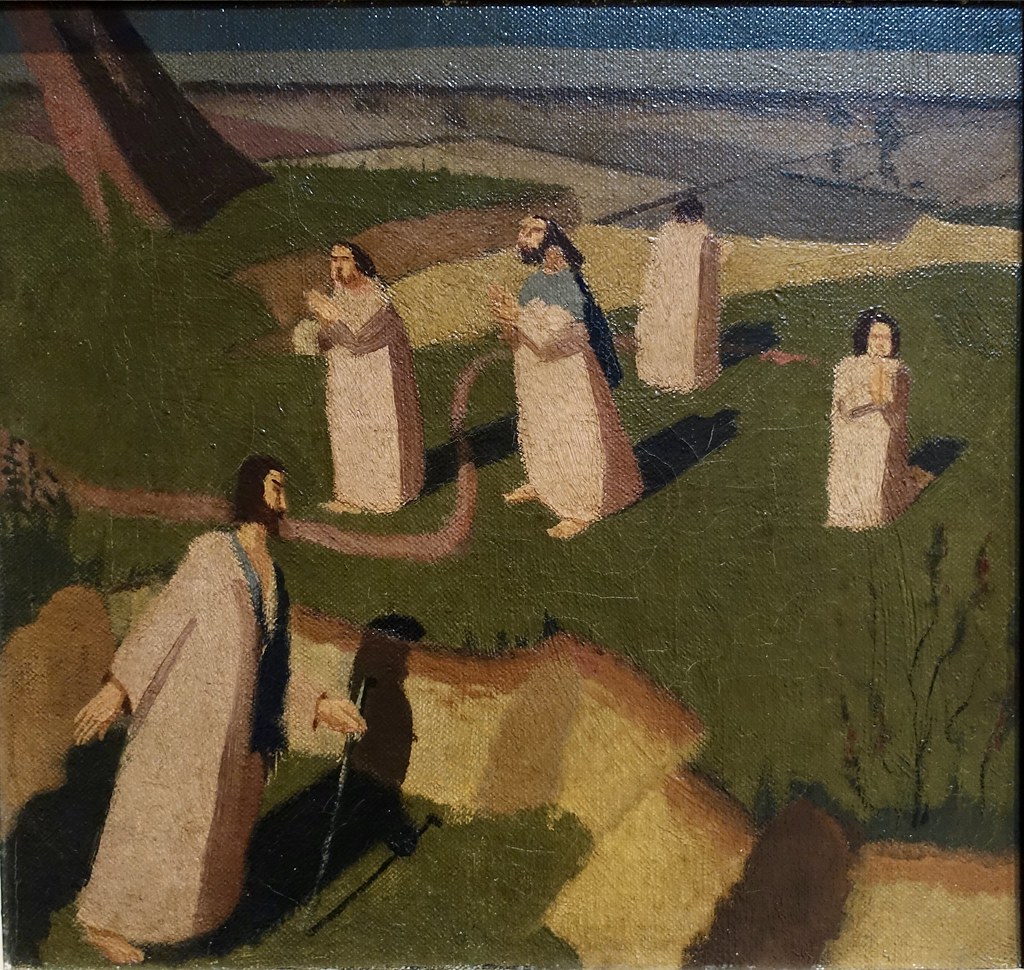