After eight months closure due to renovation work, the Musée Bourdelle in Paris has reopened with the Fitzwilliam’s exhibition Silent Partners: Artist and Mannequin from Function to Fetish.

Under the French title Mannequin d’artiste, Mannequin fétiche the exhibition will feature a number of new works not seen in the UK showing. These include a series of paintings by de Chirico, two extraordinarily beautiful mannequins 'Pascal' and 'Pascaline' (commissioned by fashion icon Elsa Schiaparelli for the window of her shop in Place Vendome), and further paintings by Alan Beeton, an artist rediscovered in Cambridge.

The exhibition traces the history of a studio secret: the artist’s mannequin. For centuries the mannequin was little more than a studio tool, a piece of equipment as necessary as easel, pigments and brushes. Gradually the mannequin moved centre stage to become the subject of the painting, photograph or film, eventually becoming a work of art in its own right. The showing in Paris is part of Paris-London Tandem 2015, a major cultural exchange between the two cities of art, music, theatre, literature and cinema.

Silent Partners is one of 50 cultural events to be held across the two capitals as part of the initiative led by the Institut Français and the City of Paris, in partnership with the British Council and with the support of the City of London. Mannequin d’artiste, Mannequin fétiche is at the Musée Bourdelle, Paris from 1 April: 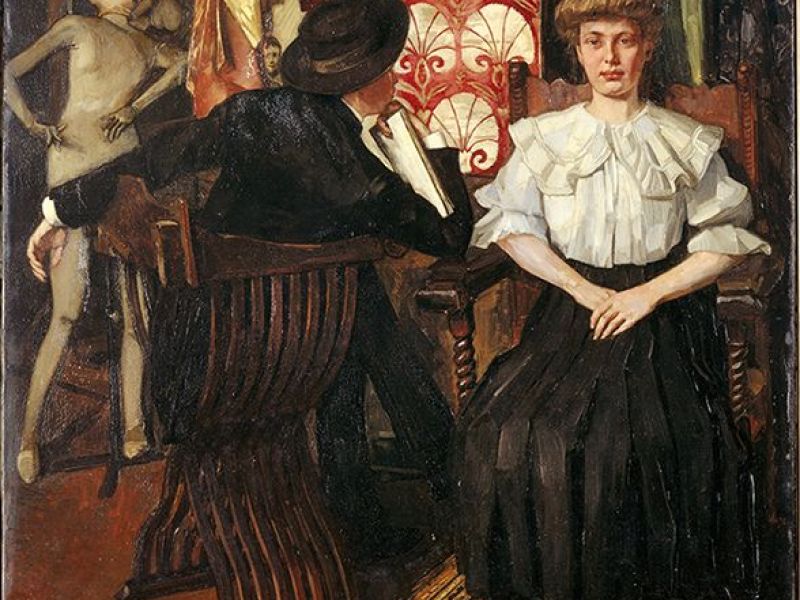