The Fitzwilliam was greatly saddened to hear of the death of Sir Nicholas Goodison. Sir Nicholas and his wife, Judith, have been our most valued benefactors and patrons, their enthusiasm and unstinting generosity resulting in one of the most important collections of modern crafts in the UK.

The collection to date was published as Contemporary British Crafts – The Goodison Gift to the Fitzwilliam Museum in 2016, showcasing over one hundred examples of contemporary glass, ceramics, furniture, jewellery and metalwork, all made in the UK between 1989 and 2019, many of which are on display at the Fitzwilliam. Nicholas and Judith continued to give after the publication of the catalogue and the collection now comprises more than 140 objects, all given through the Art Fund.

Sir Nicholas Goodison’s connection with Cambridge was a longstanding one. He first visited the Museum as a Classics undergraduate at King’s College in the 1950s and has acted as the Fitzwilliam’s Honorary Keeper of Furniture since 1973. In 1981, he was awarded a PhD in Architecture and History of Art.

In the interview which marks the introduction to the catalogue, Sir Nicholas comments on the way that in the 1990s, he and Judith saw an opportunity to support ‘contemporary craftsmen and women in Britain who were producing objects of demonstrable quality’ ...while at the same time adding a dimension to the Fitzwilliam which, despite its legendary ceramics collections had ‘hardly any examples (of modern craft)’. Their first purchase, a lustre bowl made by Sutton Taylor, reflected the Goodisons’ interest in historic lustreware.

The notable furniture in the collection – often the result of direct commissions – reflects both Nicolas and Judith’s scholarship in this area. Prominent members of the Furniture History Society since its founding in 1964, Nicholas was also President of the Society between 1990 and 2020. Nicholas wrote the definitive books, English Barometers 1680 – 1860 (1968, revised 1977) and Matthew Boulton: Ormolu, on the gilt metalwork of the great eighteenth century engineer (1974, revised 2002).

This scholarship and active patronage was all the more remarkable given that Sir Nicholas had a distinguished career in other fields. Nicholas was Chairman of the Stock Exchange (1976-88) and of the banking group TSB Group (1989-1995). He also chaired the Art Fund (then National Collections Fund; 1986–2002), the Courtauld Institute of Art (1988– 97) and the Crafts Council (1997–2005). No other collector or patron had such an overview of the worlds of finance and arts administration, resulting in Nicholas’s unique understanding of museums and the importance of building collections, the difficulties involved in sourcing funding and the problems faced by private individuals who wish to give to arts institutions.

His strategic solutions to these problems were laid out in his independent enquiry into ‘Saving Art for the Nation’, published as the influential Goodison Review, Securing the Best for our Museums: Private Giving and Government Support (HM Treasury, January 2004). It included what was to become the Cultural Gifts Scheme, which received Royal Assent on 17 July 2012. Nicholas also set up the Art Fund Collect Committee (2008–13), providing an opportunity for regional museums and galleries to purchase contemporary craft from the Crafts Council’s annual exhibition, ‘Collect’

Commenting on their selection of works, Nicholas spoke about his interest in colourful objects that ‘you can’t walk by’ and that ‘sing’, saying,…‘we have chosen objects that made a big impact on us at the time of purchase’. He summarised:

‘The Museum is stimulating because it shows how happily works of fine and decorative arts live together …. We both believe that the object should be at the centre of art history, and where better to look at objects than here?’

Sir Nicholas will be greatly missed by The Fitzwilliam Museum and by the makers, dealers and other organisations who benefited from his wisdom, support and generosity.

The Arts of the 20th century gallery - now reopened 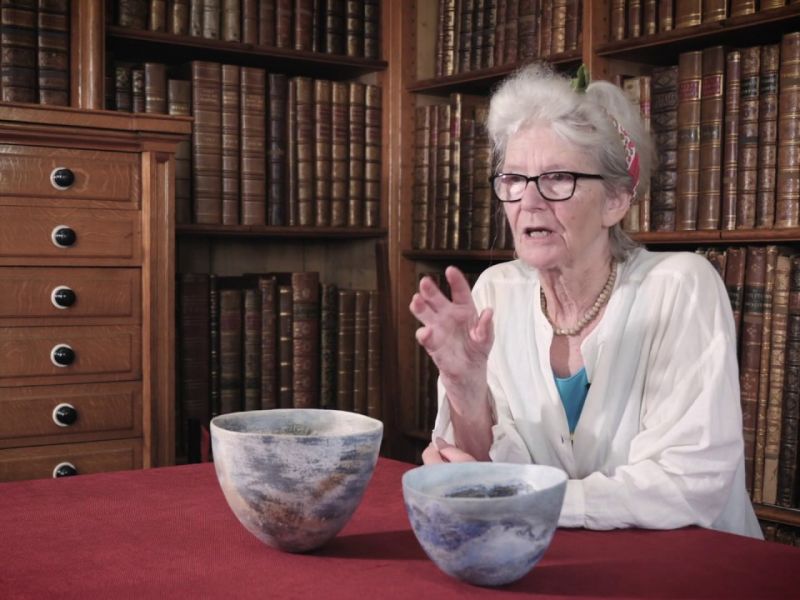 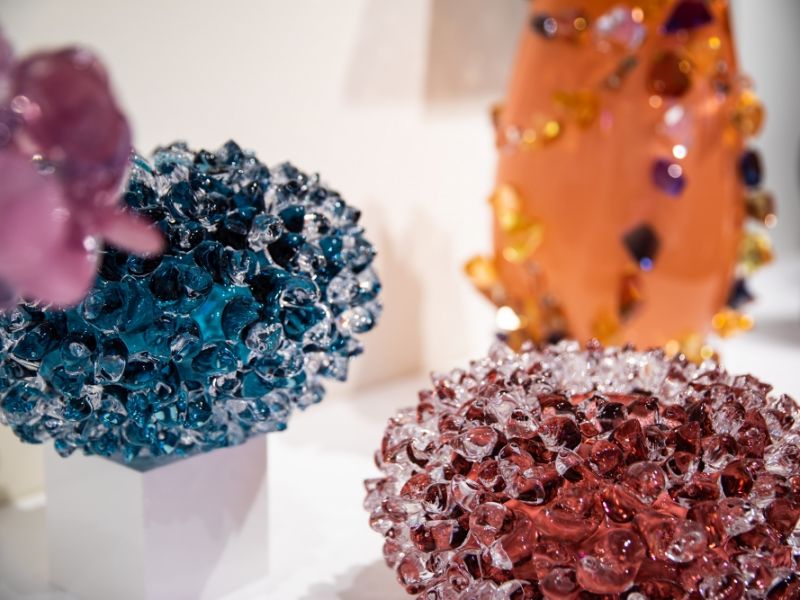