This goddess, with her gaping mouth, thrusting snout and bared fangs, hardly looks to modern, western eyes like the guarantor of a good night’s sleep. In appearance she is not so very far removed from the evil incarnate on the right of Albrecht Dürer’s sixteenth-century engraving The Knight, Death and the Devil P.3088-R.

In fact Taweret was one of ancient Egypt’s most popular and appealing deities, and her image was a common decorative motif on household furniture and textiles. Known as ‘The Great One', she seems to have been primarily a goddess of the home. There were no large-scale temples dedicated to Taweret, no official state cult. This small wooden image might once have stood on a household altar beside other domestic gods and goddesses.

Unlike many Egyptian deities, who might take on the head of an animal but generally retain their human form, Taweret is almost all beast. Her hair, always parted as here into three 'lappets', is that of a woman, but only her arms and drooping, postnatal breasts resemble human members. Her legs belong to a lion, her head and body are those of a hippopotamus and the tail of a crocodile trails behind her.

Taweret was chiefly known as a protector of pregnant women and young children: the three beasts of which she is composed were notorious for the ferocity with which they protected their young. As an inhabitant of the Nile, whose yearly inundation was central to the Egyptian economy, the hippopotamus was associated in particular with fertility.

Though it is not preserved in this statue, Taweret, along with most other goddesses at this time, usually wore the crown associated with the goddess Hathor, another powerful maternal Egyptian deity. Amulets bearing Taweret’s image were worn by expectant mothers, and by children as protection from snakes and crocodiles. In Egyptian mythology it was Taweret who held down the evil god Seth, while his nephew Horus killed him.

As a goddess of childbirth, Taweret was also revered as a protector of sun at its rising and she played a role in the rebirth of the dead. More generally, her formidable appearance was believed to frighten away evil spirits.

She is often accompanied in art by the comparably grotesque god Bes, whose exaggerated features, leonine ears and extended phallus also often appear on domestic items. Left are four wooden and ivory plaques depicting the god, fitments from an item of furniture, perhaps a bed [E.67a-c.1937]. Like Taweret, Bes kept a watchful eye over expectant mothers and children. He also protected women from the jealousy of others. Statue of the goddess Taweret 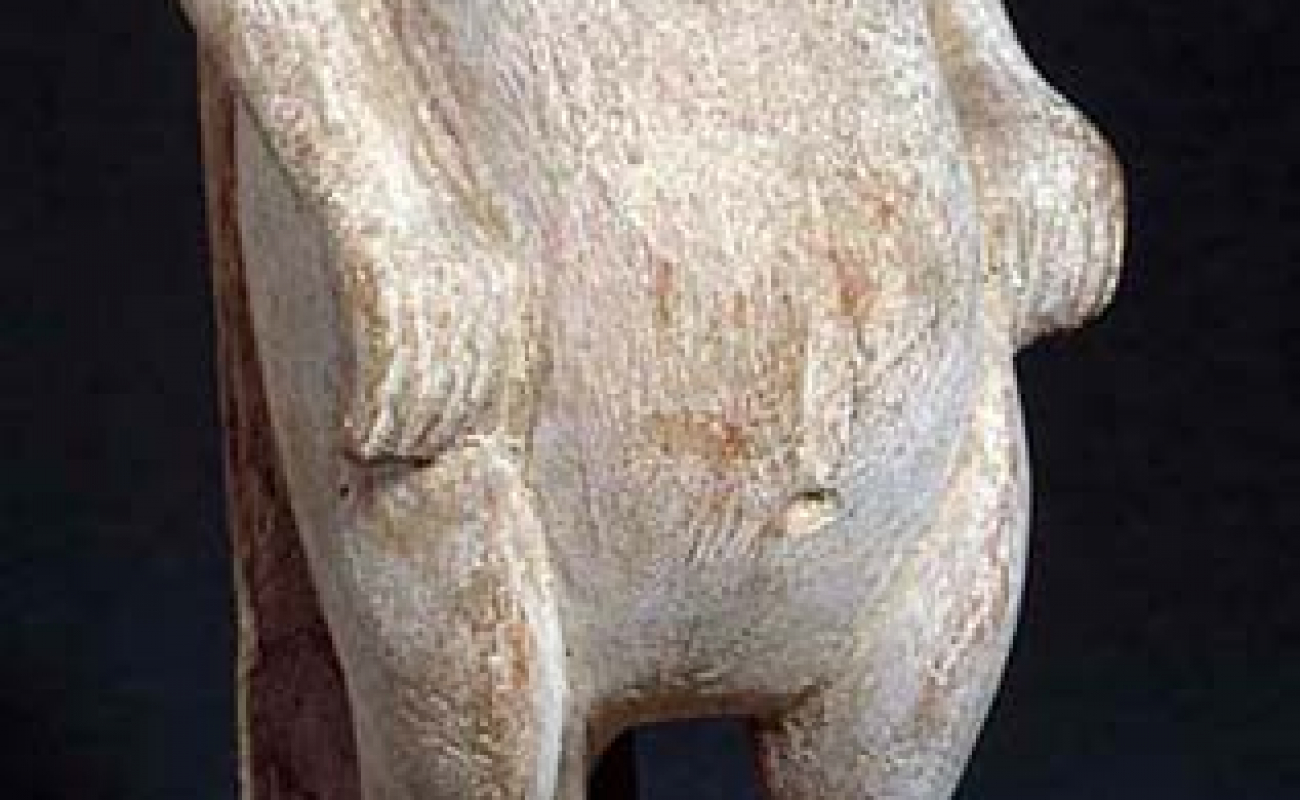