In the middle ages, two distinct branches of law were taught in the universities of Europe: civil law, which protected the citizen body of a country, and canon law – the law of the Church, which was binding upon all Christians.

In the mid twelfth century, Gratian, a monk and teacher at Bologna University, one of the great European centres for legal studies, compiled the Decretum, a collection of nearly 4,000 extracts from Early Church writings, Papal edicts, Church Councils and Roman law, designed as an aid to study and teaching. It was the first and most influential attempt to codify and make sense of a thousand years of often contradictory church regulations.

The page from Gratian's Decretum, illustrated in the margin here, comes from the discussion of a case that deals with a sensitive marital problem. A married woman takes a lover, whom she then also marries, because her first husband has become impotent. The husband, however, regains his virility and forces his wife to return to him. Reunited with her, he then takes a vow of chastity without his spouse’s approval.

It all sounds rather like the plot of some medieval soap opera, and indeed there is a sense of drama and humanity in these illustrations that we would today not immediately associate with an academic, legal text. The narrative is enlivened further by the gestures and facial expressions of the protagonists.

The first scene shows the wife bringing her complaint before a bishop. The impotent man raises his right hand, while his left strays towards the part of his body that has so disappointed his spouse. His timid, ineffectual gesture contrasts with the wife’s flapping hands.

The next scene is remarkable for its sexual explicitness. In medieval art, sexual intercourse, if depicted at all, is usually shown taking place beneath bed sheets. Here the wife and her scarlet-clad lover embrace each other on the ground, her skirts hitched up to her thighs. It is a hasty, urgent coupling: both are still fully dressed, and her garters still hold up her stockings as she pulls his face towards hers.

We then see the marriage that follows this consummation. A tonsured priest stands with his arms round the pair and joins their hands together. In the next frame, however, that marriage is dissolved and the woman is reunited with her first husband by the same bishop who had heard her case at the beginning. The lover skulks off to the left.

Intriguingly this manuscript once belonged to the great Victorian art critic John Ruskin, whose own marriage to Effie Gray was chaste. Gray eventually divorced him in 1854 after six years of sexless matrimony and married the painter John Everett Millais. It is not known whether Ruskin was aware just how relevant these pages were to his own experience of marriage, but it is unlikely that he actually read the accompanying text.

The Fitzwilliam's manuscript is incomplete, but in the other pages that survive one can discern a similar frankness about sexual matters. One section deals with what would today be called date rape: a young man invites a girl to dinner, violates her and then forces her father to agree to their marriage, [folio 137r]. The rape is particularly vividly depicted.

The frontispiece to the book, which is unusual in depicting the Fall of Man, is similarly unflinching in its portrayal of Adam and Eve’s nudity.

Books of canon law were bulky, densely written tomes, often combining two different texts on the same page. The text of this Decretum, which here is written in two columns in the centre of each page, is surrounded by the ‘gloss,’ a commentary upon and interpretation of Gratian’s text. 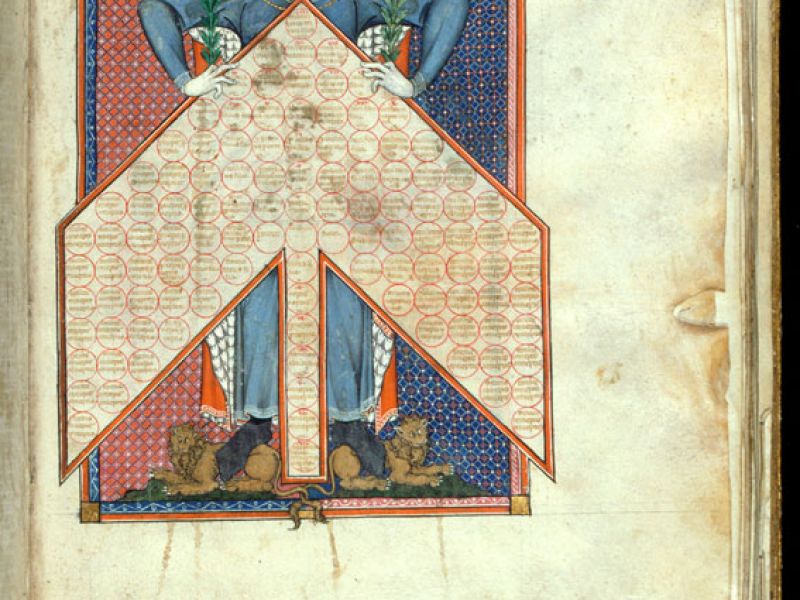 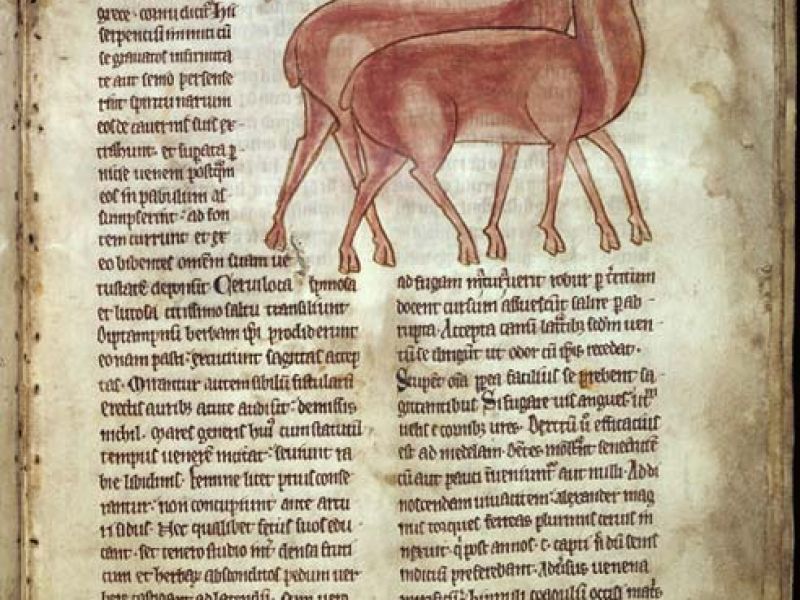 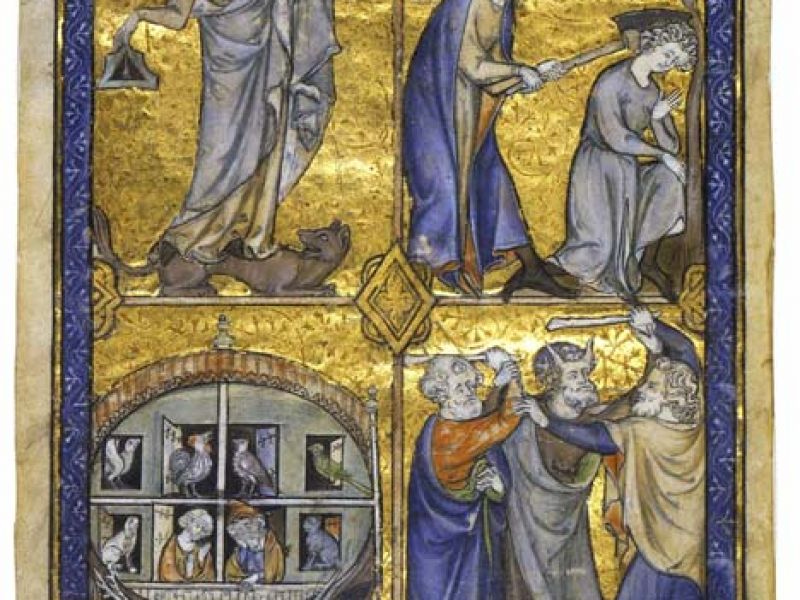 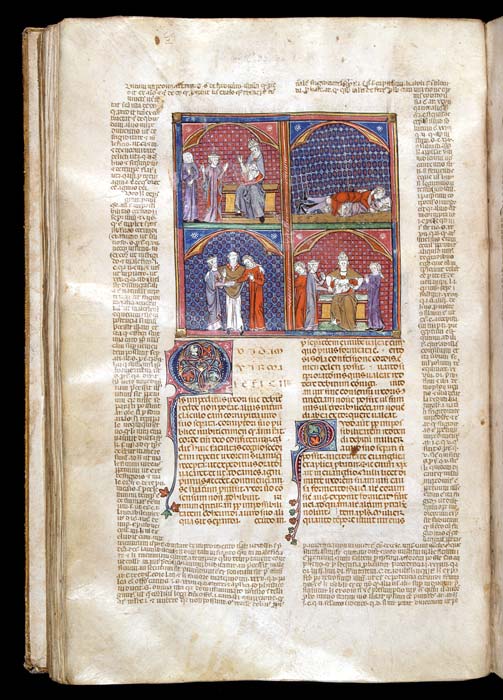