Nature and Nature's Laws lay hid in night: God said, Let Newton be – And all was light.

It is hard to exaggerate the size of Sir Isaac Newton's fame in the eighteenth century. In this 'Age of Reason', the pioneer of optics, the 'discoverer' of gravity could, as Alexander Pope's witty lines suggest, be spoken of as a kind of Messiah, a divine envoy who literally shed light upon the mysteries of the natural world. Later in the century, the great French philosopher Voltaire would remark, 'we are all now disciples of Newton'. This dramatic painting, made shortly after the great scientist's death and representing an imaginary monument to his memory, does not shy away from this religious rhetoric.

The vaulted ceiling of the interior, the towering columns, the statuary and the tabernacle-like structure (details left and right) all suggest a cathedral or a temple of some kind.

And we see a sort of miracle taking place. A beam of light, with no apparent source, appears from a void above an urn containing Newton's remains. It is refracted through two prisms to become a rainbow-coloured 'cone' – a physically impossible journey, one which suggests rather than illustrates Newton's proof that white light is made up of different colours.

There is even an angel who gesticulates towards the miracle, like Gabriel in an Annunciation. Indeed this painting with its cathedral-like interior, symbolic statues, gesticulating angel and supernatural light makes an interesting visual comparison with a sixteenth-century Flemish Annunciation in the Fitzwilliam, left [98].

Everywhere men, bearded like ancient Athenian philosophers, gesticulate excitedly and consult enormous tomes. Scientific instruments are carved into the very fabric of the building and appear everywhere in use – orreries, compasses, calipers, a globe. These are the trophies of Newton's achievements.

In the very centre two stone statues, representing Mathematics and Truth, seem to react to the optical experiment.

A carved relief depicts a figure being crowned with laurel by a winged figure of Victory – the pre-Christian forerunner of Sir Isaac?

Next to this relief Minerva, the Roman goddess of wisdom herself, recognisable by her plumed helmet, is led by an angel up the stairs towards Newton's monument. She is accompanied by other women, 'muses' of science.

So we have an ancient goddess surrounded by personifications of science being led by an apparently Judaeo-Christian angel. It is a rich, not to say confusing mixture. Christianity and Antiquity – the two great traditions that had informed the art of the last three hundred years – are here brought together in celebration of a thoroughly modern phenomenon. It is almost as if Newton is being presented as the culmination of all wisdom. Just as Christ's teaching superceded that of the Old Testament prophets, so Newton's discoveries have rewritten the canon of knowledge. Through science, man has climbed a step closer to God. 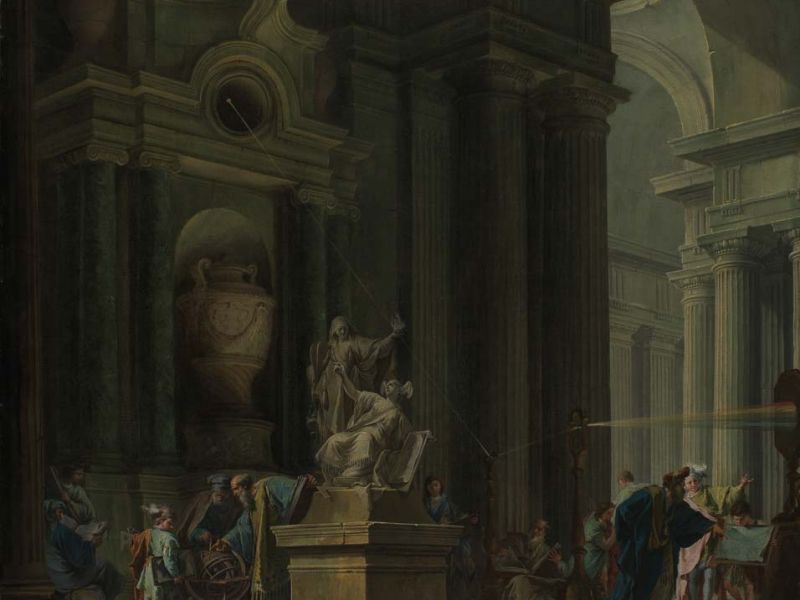 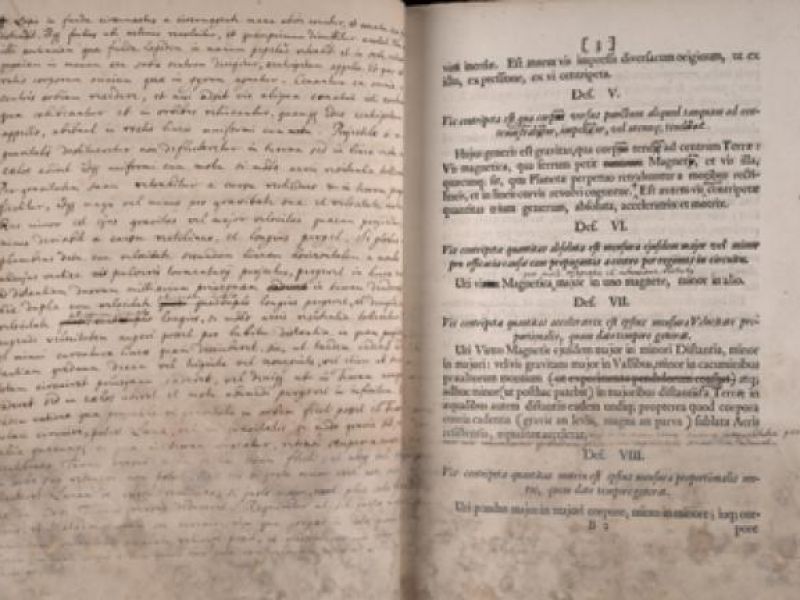 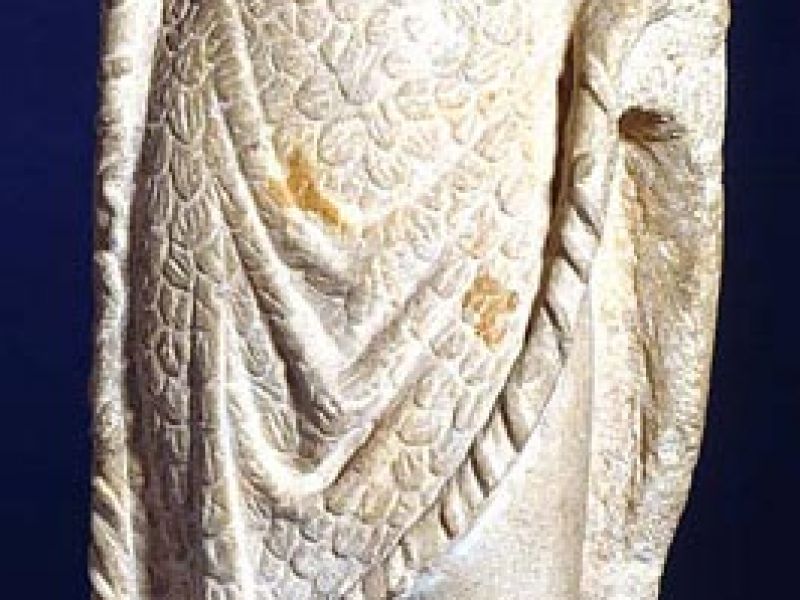 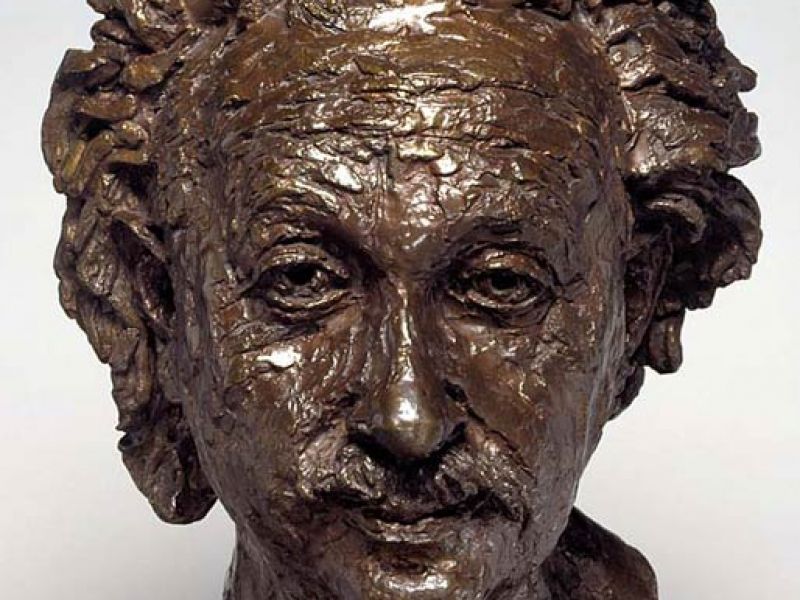 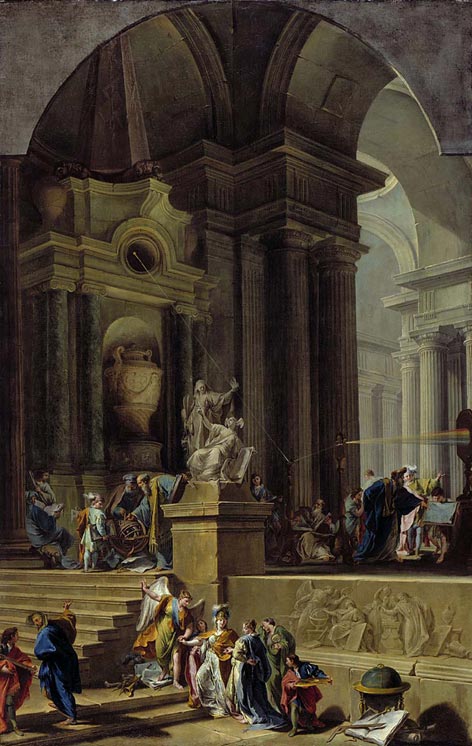