From the haziness of the Villa at Castel Gandolfo, / The mind is elevated to contemplate the beauties of eternity.

From a sonnet by Pope Urban VIII, published in 1635.

Urban VIII, a keen and talented amateur poet, returned to the beloved landscape shown in this painting several times in his verse. And like other wealthy Romans, he would visit in person whenever he could to escape the summer heat of the city. The large building in the middle distance, standing out against a perfect sky, is the villa referred to in his sonnet.

The great French-born landscape painter Claude Lorrain has vividly captured the outstanding natural beauty that attracted the poetical pope to this spot. Morning sunlight illuminates the countryside. Cows, goats and sheep graze lazily in a glade where shepherds rest and make music. Tall trees provide a natural shade, their leaves almost golden where they catch the sunlight. A white cloud echoes the shape of the central tree top (detail right).

Beyond, the perfectly calm surface of Lake Albano suggests the stillness of the weather: the fluting of the shepherds will be obscured by no wind. In the distance are the fields and hills of the Campagna, the rural area around Rome. All is placid, harmonious, fertile.

But it was not only the physical beauty of the spot that appealed to Urban VIII. The area surrounding Lake Albano was known as the ancient site of Alba Longa, a city thought to have existed since before 1100 BCE. This was the legendary birthplace of Romulus and Remus, the mythical founders of Rome. The great ancient Roman poet Virgil mentions its foundation by Ascanius, the son of Aeneas in his epic poem, The Aeneid. The site, then, was redolent of the very earliest myths of Rome and some of its greatest poetry.

Claude here establishes a harmonious mixture of the ancient and the modern. The huge ramparts and the winding road leading up to them were new additions to the landscape by Urban’s architect, Carlo Maderno. Yet the new castle blends in perfectly with its venerable surroundings, seeming to emerge almost organically from the cliff upon which it stands.

Another painting in the Fitzwilliam, left [No. 3465], by the eighteenth-century English painter John Robert Cozens, shows Castel Gandolfo and the lake from a different angle.

While Claude’s mastery of light and nature has been celebrated consistently since his own time, his treatment of the human figure has been subject to criticism. A contemporary biographer, Filippo Baldinucci, records how the artist himself acknowledged his own shortcomings in this respect. He used to quip, it is said, that he 'sold the landscapes and gave away the figures'.

But the human figure recurs throughout his work, and, in the Fitzwilliam painting, the cultivated rustics who pipe in the foreground are as intrinsic to the meaning of the picture as their flocks, the trees in whose shade they shelter or the villa seen through a heat haze in the distance.

For just as Urban’s choice of location for his summer residence was inspired by Virgil’s poetic account of the origins of ancient Rome, so Claude’s happy, carefree musicians, whose flocks seem to look after themselves, form a clear link back to the inhabitants of Virgil’s Eclogues, pastoral poems in which shepherds sing of their lives and loves in an idyllic landscape.

The architecture is modern and the clothing contemporary, but the countryside and the rural pursuits are those celebrated by ancient Rome’s greatest poet. The message is of the eternal greatness of Rome and its poetic sensibilities, which were as alive in the day of Urban VIII as they were under the Emperor Augustus.

Two landscape drawings by Claude, also in the Fitzwilliam, were made at different ends of his career. Left [2921], a study in red chalk depicts a coastal scene with figures and shipping which dates from c. 1630, while that on the right [PD.69-1961] depicts a Biblical scene, Jacob wrestling the Angel, and was drawn in 1671.

Pope Urban VIII (a Barberini, d. 1644), for whom it was painted; remained in the possession of the family in the Barberini Palace, Rome until after the dissolution of the Fidecommisio Barberini in April 1934; bought from Princess Berberini by Messrs Colnaghi late in 1962

From funds bequeathed by Miss I.M.E. Hitchcock, and L.D. Cunliffe, with grants from the National Art Collections Fund (£5,000) and the Victoria and Albert Museum (£3, 500).

Inscription present: shows the Barberini arms of three bees, with coronet above and wide mantling, which in style suggests the Napoleonic period (there is another wax seal impression, but it is not clearly defined) 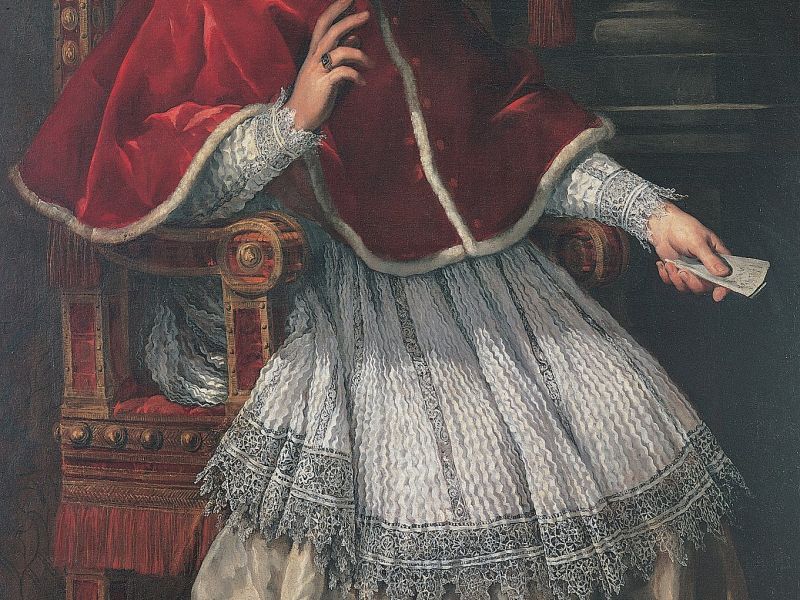 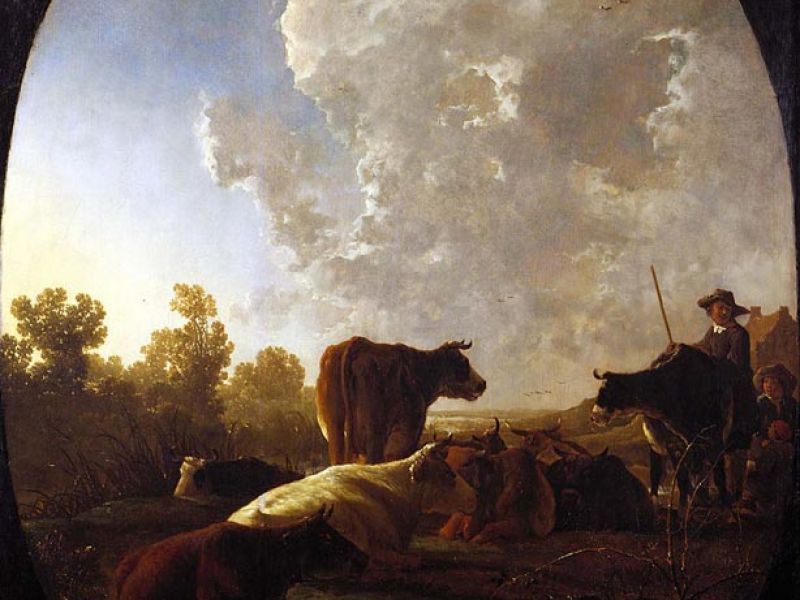 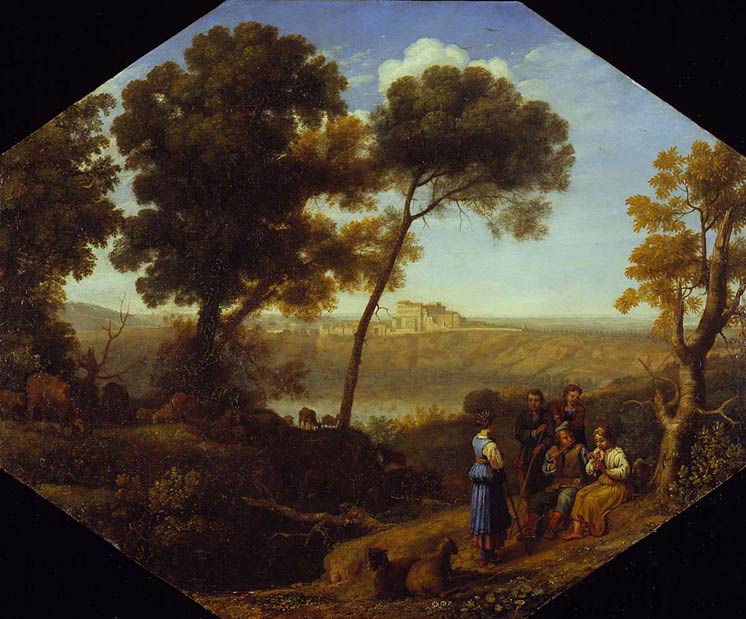