The Road to Calvary, or Via Dolorosa ('mournful way'), is the name given to Christ’s final journey from Jerusalem to the hill of Calvary, or Golgotha (‘the place of the skull'), where he was crucified. All of the Gospels briefly describe the journey. But while John (19, 17) says that Christ carried the cross alone, the other Evangelists all mention that his burden was shared by one Simon of Cyrene, a passer-by. Luke alone mentions that he was followed by a crowd from Jerusalem.

Italian artists of the Renaissance generally showed Christ bearing his own cross. Theologians too preferred this image, and saw Christ on the road to Calvary as a warrior bearing the symbol of victory on his shoulders. Occasionally artists include the figure of Simon offering support, but the emphasis otherwise is very much on Christ’s solitary suffering. Juan and Diego Sanchez replace Simon with the apostle John as Christ’s helper, an unusual step, as the saint is more usually shown in company with the women who follow the sad procession.

Given that the gaze of Christ is directed at the viewer of this picture, perhaps the intention is to imply that we, who look at, it are passers-by like Simon of Cyrene. Christ’s weary gaze invites us to help him bear the cross. 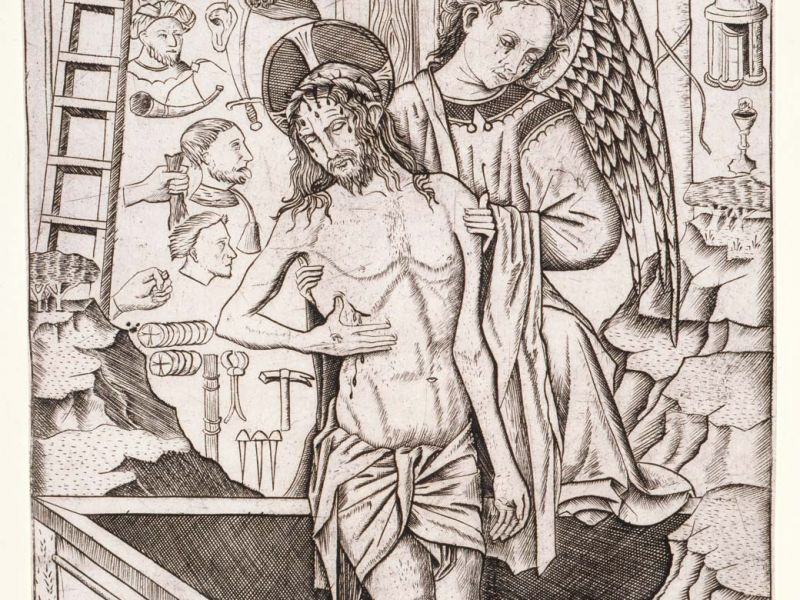 The Descent From The Cross

The road to Calvary 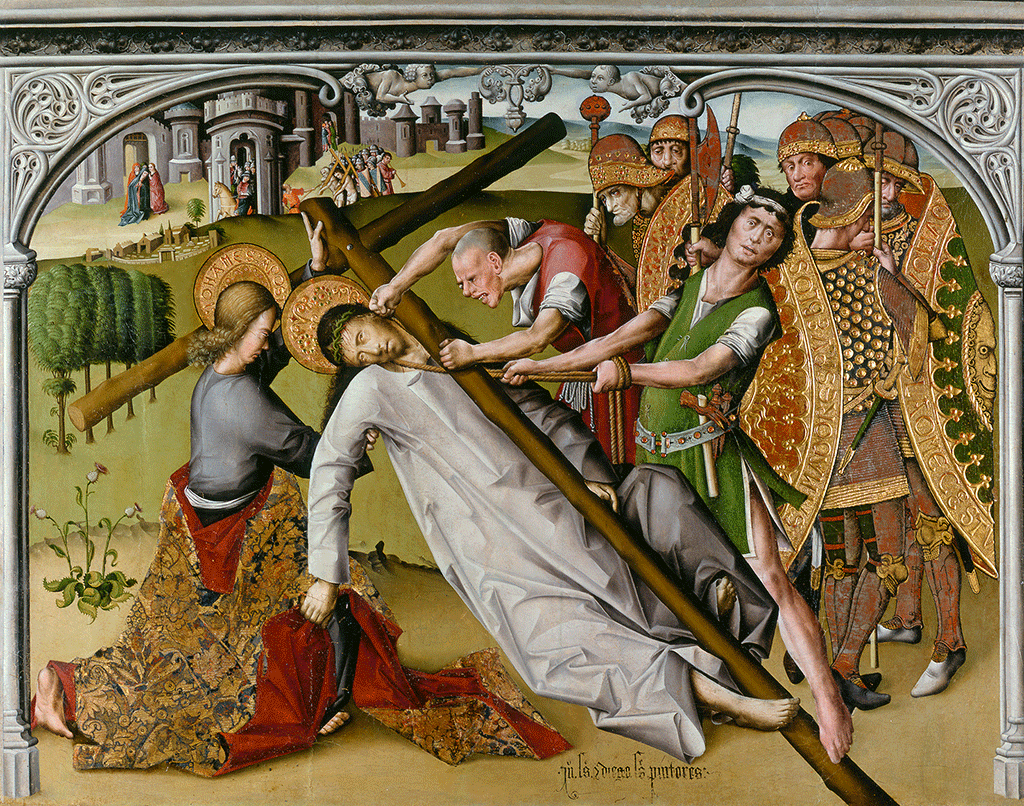