The boy Cupid was kissing his mother. He had his quiver still on and, without knowing it, he grazed her breast with an arrow. The wounded goddess pushed the boy away, but the cut had gone in deeper than it seemed, deeper than she herself first thought

So the Roman poet Ovid describes how Venus herself accidentally succumbed to the irresisitible love that her son more usually inspired in mortals. As a result she became besotted with the beautiful Cypriot prince Adonis, a keen huntsman. When he was gored by the tusk of a wild boar and died, Venus was inconsolable.

It is not clear whether Palma Vecchio's painting alludes to the initial accident with the arrow or not. Cupid's weapon points directly at Venus' breast but his depiction differs markedly from Ovid's description of the event.

The episode is, however, alluded to in many other Renaissance works, including a print in the Fitzwilliam from a drawing by the sixteenth-century Dutch artist Hendrick Goltzius [23.K.2-113]

The Rape of Lucretia 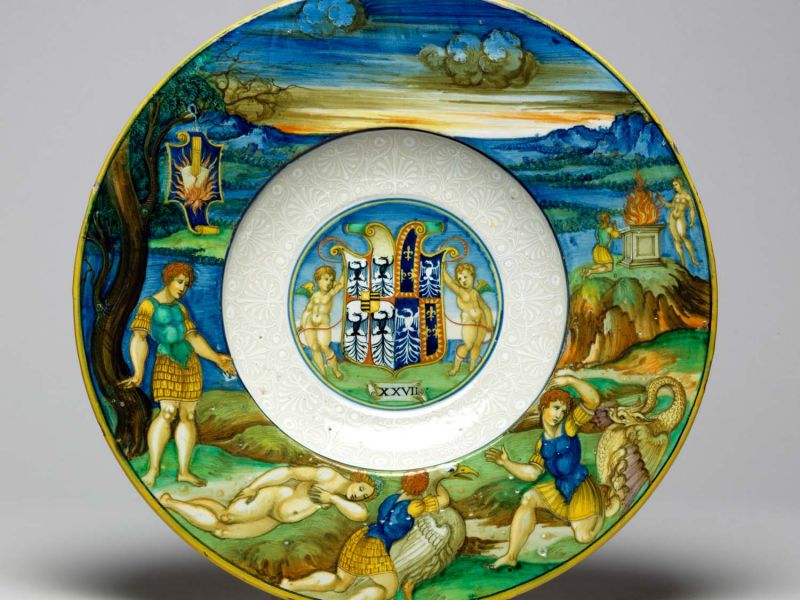 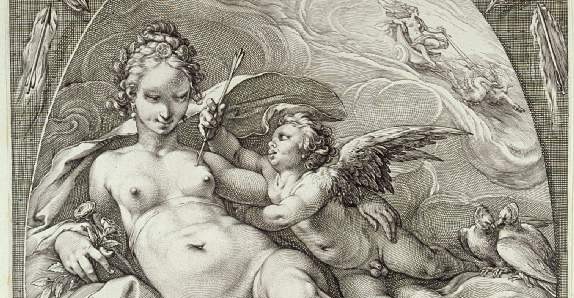