Snow Leaves Ferns: An Online Exhibition about the Work of Cecilia Glaisher

This virtual exhibition introduces the Museum's holding of work by Cecilia Louisa Glaisher (1828–92) and the images she made of ferns and snow crystals. Now that the material has been digitally copied and placed online, it is possible for it to be seen more widely and studied in detail for the first time since it was created in the 1850s.

The fern images were made photographically but without use of a camera, by William Henry Fox Talbot's 'photogenic drawing' process. They were intended for a publication, never realised, called 'The British Ferns: Represented in a Series of Photographs from Nature by Mrs Glaisher'.

The images of snow crystal forms were used to illustrate a scientific paper, 'On the severe weather at the beginning of the year 1855; and on snow and snow-crystals', authored by her husband James Glaisher (1809–1903). From this followed a second paper 'On the crystals of snow as applied to the purposes of design', published in 'The Art Journal' in March and April 1857. 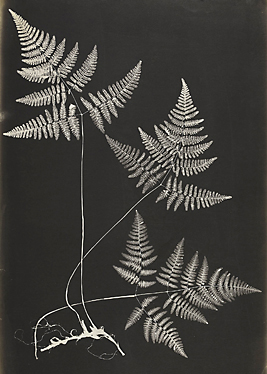