Eddington's prehistoric and Roman past

The University’s West Cambridge development has proved enormously fruitful for Cambridge Archaeological Unit (CAU), particularly the North West Cambridge site, now renamed Eddington. CAU has been digging on-site for almost twenty years, and the extraordinary insights into the area’s prehistoric and Roman past, plus the many Anglo-Saxon, medieval and twentieth-century finds are of global archaeological significance.

To celebrate this incredible work, and as a representation of the thousands of objects that have been found over the years, the Fitzwilliam Museum is hosting a display with a small selection of interesting finds.

On display, mosaic floor fragments (tesserae) give a flavour of what conditions may have been like under foot in the villa. There’s also a highly decorated Roman ceramic container, probably used to store a loved one’s ashes after cremation, as well as coins, a pair of tweezers, and a copper alloy ‘Toilet Spoon’ – not as ‘ew’ as it sounds – it was possibly used to scrap out highly prized oils and ointments from delicate Roman bottles.

The Fitzwilliam display is showcasing the single most important find to date at the North West Cambridge development site: a tightly rolled twelfth- to thirteenth-century pewter or lead seal, which when unravelled revealed a king with a fleur de lis-topped sceptre. Researchers speculate that the piece may have been a ritualistic offering.

All in all, this single case display tells a long story of local and worldwide importance. 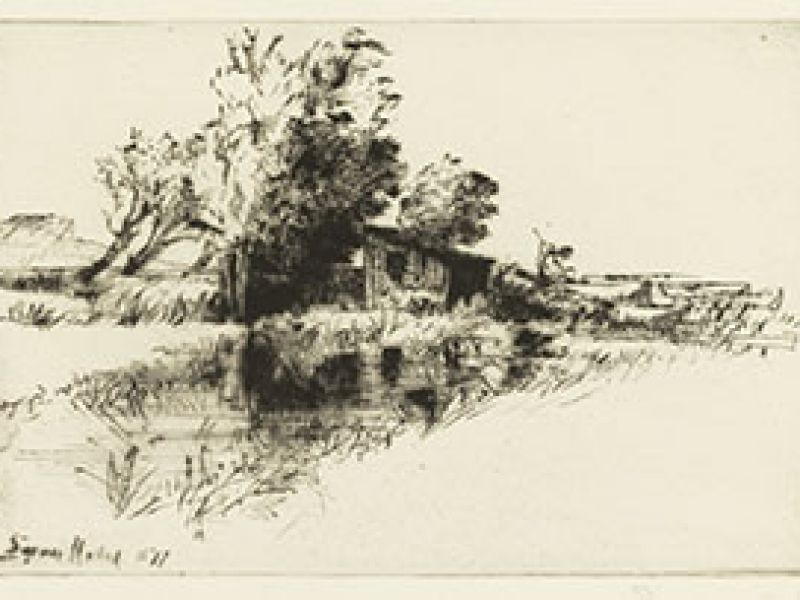 Secrets of a Silent Miniaturist

Gold of the Great Steppe

Viewing the Eddington Archaeological finds in the temporary cabinet