The Egyptology collection at the Fitzwilliam Museum is part of the Antiquities Department. The splendid seven-ton sarcophagus lid of Ramesses III, which stands prominently in Gallery 20, was presented to the Museum by G.B. Belzoni in 1823, seven years after the establishment of the museum, and can be considered to be one of the objects that initiated the Egyptology section of the museum. It was during these early years that the largest monuments entered the Fitzwilliam. These were given mostly by members of the University who presented items that they had bought during their travels in Egypt. Included amongst these early gifts were the coffins of Nespawershefyt, given by Barnard Hanbury and George Waddington of Trinity College in 1822, and the granite sarcophagus of the scribe Hunefer, given in 1835 by Hanbury.

Until 1886, the individual items in the collection, although impressive and valuable, were small in number. Sir Wallis Budge, of the British Museum, played an important role in the early expansion of the collection. He was concerned that it should be as representative of the ancient culture of Egypt as possible, and to this end he persuaded the University and the Museum to provide a grant of £100 to enable the purchase of a selection of objects to fill some of the gaps in the collection. The presentation in 1890 and 1891 of a number of miscellaneous Egyptian objects by the Rev. Greville J. Chester expanded the collection still further, and by 1893 the Egyptian collections totalled some 577 items.

The drawback to many of these acquisitions was that they were isolated objects purchased from dealers without knowledge of where they had been found originally. Therefore, the artefacts recovered by controlled excavations through such organisations as the Egypt Exploration Fund (EEF), the Egypt Research Account (ERA) and the British School of Archaeology in Egypt (BSAE) from the 1890s onwards are especially valuable, since the details of the contexts from which the objects were found are often known.

Sir William Matthew Flinders Petrie was an instrumental figure in organising and undertaking the excavations for these groups and he is often called the 'Father of Egyptology' for the advances he made in the field. Although not published up to the standards of excavations today, his work was, nevertheless, far more rigorous and thorough than any previous endeavours. Many important Egyptologists whose discoveries are represented in the Museum trained and worked under Petrie for the EEF, ERA or BSAE, including, Frederick Green, James Quibell and Guy Brunton.

Gifts and bequests were still being made throughout this time, and these have added significantly to the standing of the collection. Undoubtedly, the most important contributions made during the twentieth century were those of Sir Robert Greg and Major R.G. Gayer-Anderson, both of whom made substantial bequests. Other sizeable donations included the bequests made by Charles Ricketts and Charles Shannon, Edward Towry Whyte and George Hornblower.

More recent acquisitions have been made possible through the help of the Friends of the Fitzwilliam Museum, who have presented the department with many fine pieces, including the beautiful wooden statuette fragment of a woman from the Middle Kingdom. Today there are over 16,000 Egyptian artefacts in the collection, many of which are now on display in the recently remodelled galleries. 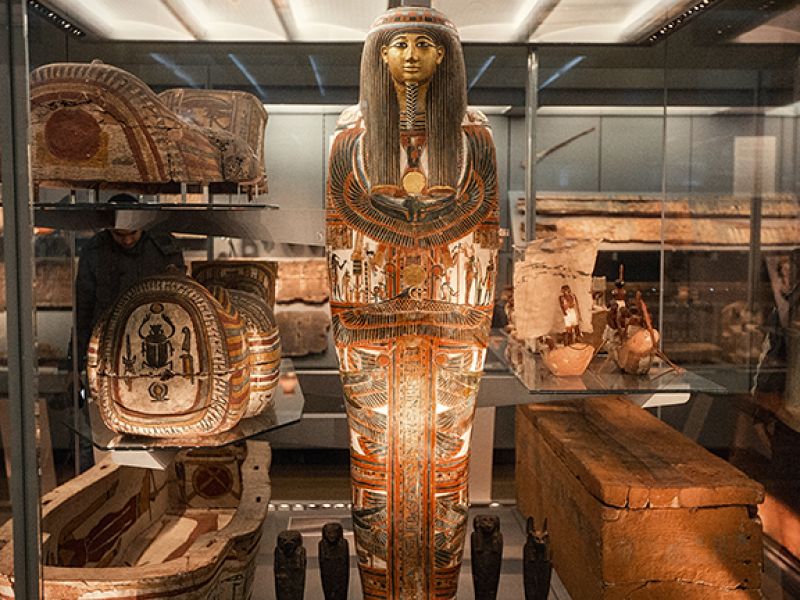 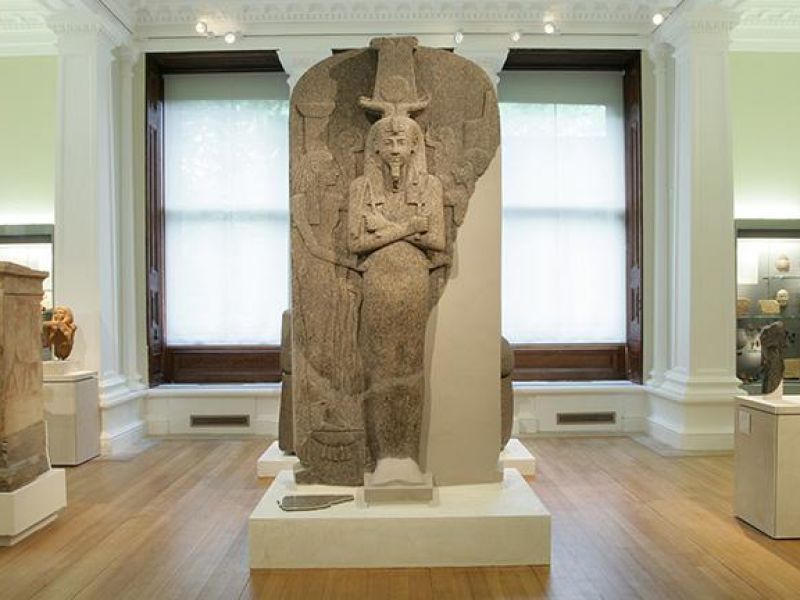 The great sarcophagus of Rameses III