The Fitzwilliam Museum has an outstanding collection of European furniture, built up over many decades through generous donations and publicly assisted acquisition. All important periods, forms, materials and techniques are represented in a collection totalling more than 300 pieces that provides a virtual history of furniture from the Renaissance to the present day. British furniture of the eighteenth and nineteenth centuries is well represented, and there are many significant examples of decorative techniques such as marquetry and gilding that proliferated throughout Europe in the seventeenth and eighteenth centuries. Objects of significant art historical interest include a rare German cabinet of ebony and hard stone marquetry and an extraordinary cabinet by Louis XIV’s ébénist André Charles Boulle. Many pieces have fascinating provenance, having been collected or donated by prominent individuals, many with connections to the University, from John Ruskin to Sir Nicholas Goodison. The furniture collection is dispersed throughout the galleries and displayed in context with related works of art. Below are links to a number of the collection’s highlights; histories of significant collectors and donors; an introduction to significant new acquisitions; and an Object in Focus.

The Fitzwilliam Museum holds a small but very fine collection of longcase and table clocks, predominantly English and French, including five by the celebrated English clockmaker Thomas Tompion. The collection also includes a rare Neo-classical 'Decimal' clock by Pierre Daniel Destigny, made as part of an attempt by the Revolutionary government to force French citizens to tell time in a new way, and a rare Equation longcase clock made in Paris by De Rabours.

The Museum also possesses a highly important, though little-known, collection of more than 200 watches of various sizes and types, including alarm pocket watches and carriage-watches, dating from c. 1530 to c. 1830. Many of the pieces are very rare, several are highly ornate and a couple may be considered ‘celebrity’ watches, such as those formerly owned by Beethoven and Gainsborough. The Museum collection is formed primarily of two bequests: over 100 pieces came from the Frank Gray Smart bequest in 1913, and 111 pieces from the Perceval bequest in 1922 (accessioned in 1923). 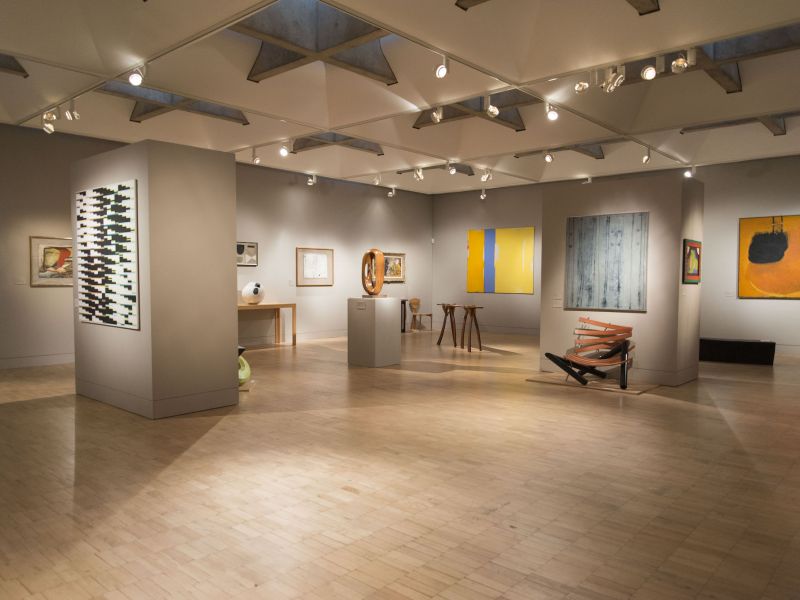 Gallery 11: The Arts of the 20th Century