O! My friends, what a beautiful head he has. It is pure, it is great, it is as beautiful as the Antique. There is a man to whom altars would have been raised in ancient times.

Jacques-Louis David to his friends, after Bonaparte sat for him in 1798

In 1808, the date inscribed on the side of this bust, Napoleon Bonaparte was arguably at the height of his power. The hope that patriotic Frenchmen like the painter Jacques-Louis David had invested in him at the turn of the century had blossomed. The European empire over which he ruled covered France, Portugal, Spain, Belgium, the Netherlands, and much of Italy, Germany and Poland. He had recently made an alliance with Russia against Great Britain. He had been crowned emperor of France by the pope, and had installed his brothers as kings throughout Europe.

David had compared Napoleon to a god or hero of the ancient world, a comparison that the 'Emperor of the French' himself doubtless promoted. Official images of him often contained references to antiquity. In a portrait to commemorate his coronation in December 1804, Jean-Auguste Ingres depicted a Caesar-like figure on the imperial throne, his head crowned by a golden wreath, a sceptre in each hand. This painting, left, is now in the Musée de l'Armée in Paris. Right is a fan from the Fitzwilliam [M.309-1985] decorated with a simplified version of David's painting of the moment in the coronation ceremony that Napoleon crowned his wife Josephine as empress.

A statue made in 1806 by the great neo-classical Italian sculptor Antonio Canova cast Napoleon as Mars, the Roman god of war. Here the emperor stands tall and naked, his body that of a Greek athlete. In his left hand he holds a spear, in his right a figure of Victory atop a globe. The statue is now in Apsley House in London, the former home of Napoleon's eventual conqueror, the duke of Wellington.

This portrait by Antoine Chaudet is more restrained than those by Ingres and Canova, but is still rooted in the conception of Napoleon as a ruler in the classical mould. The form the bust takes – head and shoulders upon a square pedestal – is called a herm, originally a type of sacred statue developed in Athens in the fifth century BCE. The facial features, however, with the hair brushed down over the forehead, recall Augustus (63 BCE–14 CE), the first Roman emperor, a man to whom altars were indeed raised in ancient times. We see him left on the obverse of a Roman imperial coin in the Fitzwilliam [CM.626-1936].

The beautifully finished example in the Fitzwilliam is one of only a few versions of this bust to have been cast in bronze. The inscription on the side tells us that it is the work of Chaudet, was cast in the foundry of Honoré Gonon, and that the surface was finished by Charles Canleur. These rare bronzes were intended as gifts for particularly important personnel in Napoleon's staff. This example came from the collection of Dominique Vivant Denon, Napoleon's chief artistic adviser and France's Director of Museums. He was responsible for importing many of the non-French art treasures now in the Louvre.

In all 1,200 marble versions of the bust were produced in Italy, intended for distribution throughout the empire. Many of these, however, were destroyed in 1814 when Napoleon was forced to abdicate and begin his first, brief, exile on the island of Elba.

This virile and heroic image of Napoleon contrasts sharply with British propaganda at the time which constantly emphasised the French Emperor's small stature. The English cartoonist James Gillray invented the figure of the absurd, petulant dwarf, 'little Boney'. In a drawing by the artist and politician Nathaniel Dance-Holland in the Fitzwilliam, left [PD.45-1993], entitled 'Napoleon after the Battle of the Nile', the defeated French general is shown being chased by lions and crocodiles against a backdrop of pyramids.

Bronze, cast, and chased. Of herm form, showing the sitter full face. On the front in intaglio: 'NAPOLÉON'. On the proper right side is inscribed: 'Denon, directeur/ Chaudet, fecit/ Gonon; Canleurs, ciseleur. 1808.'

Given by J.E. Fordham

Sculptor, caster and founder are all based in Colmar, Paris.

Sculptor, caster and founder are all based in Colmar, Paris. 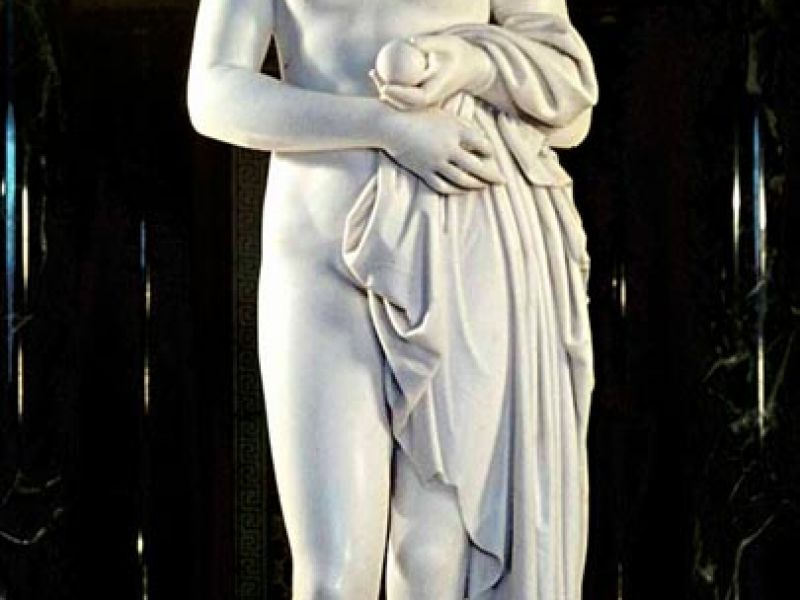 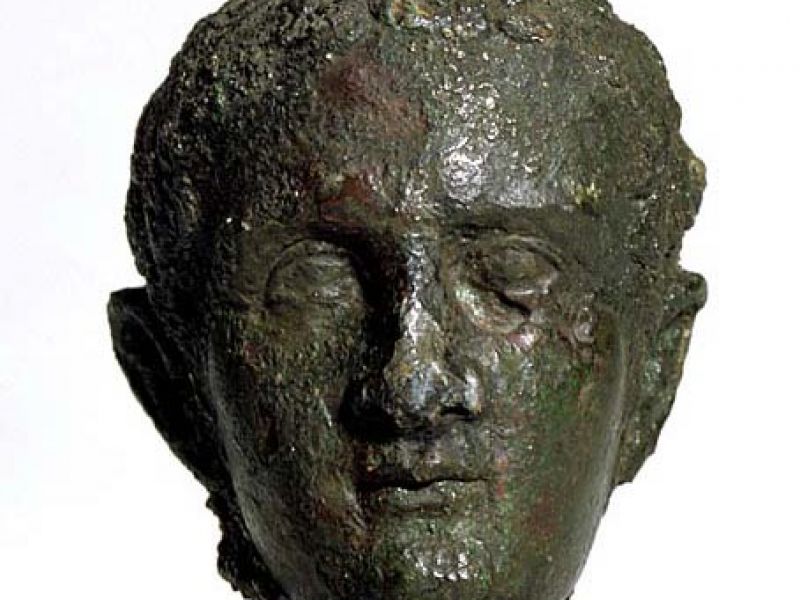 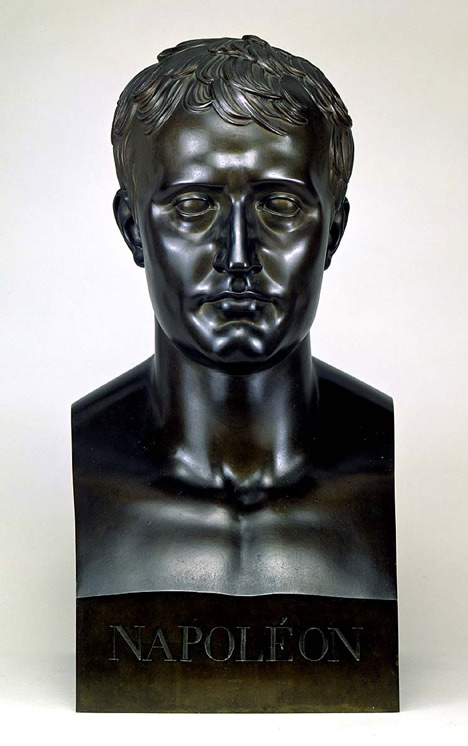