Farewell to thee England, oh land of our birth, / The pride and the glory and queen of the earth. / We sail with sad hearts to a land far away / In search of the bread that may fail if we stay.

The travellers in this painting are caught up in the emigration crisis that hit Great Britain in the middle of the nineteenth century, when millions left their native land in search of a better standard of living overseas. Ford Madox Brown himself, despondent at his lack of professional success in London, contemplated moving to India towards the end of 1852.

His friend, the sculptor Thomas Woolner, had set off for Australia several months earlier to try his hand at prospecting for gold, and it was the departure of Woolner, forced to seek a fortune abroad because of his failure to secure artistic commissions at home, that inspired Brown to begin painting The Last of England. But although Brown himself remained in Hampstead, this is in many ways an autobiographical painting: the faces of the main protagonists are those of Brown and his wife Emma, and the brooding anxiety of the man is the artist's own. In a diary entry from this time, Brown described himself as 'intensely miserable, very hard up and a little mad'.

The dreadful English weather adds much to the mood of the piece, as no doubt it did to Brown's own depression. The green waves are churned by a wind that blows heavy drops of rain onto the umbrella held by the woman. The pink ribbon tying her bonnet is whipped horizontal by the same gust, and strands of her hair are blown across her forehead. The sky is a dull, cold grey and the man has turned his collar up and put his right hand into his coat – a gesture that recalls another famous nineteenth-century exile, Napoleon Bonaparte.

This sense of cold was painstakingly achieved. To capture what he described as 'the peculiar look of light all round, which objects have on a dull day at sea', Brown painted in the open air on particularly dreary days. To convincingly capture the pallor of the couple's flesh, he persuaded his wife to pose outdoors in winter, an arrangement that, as the months went on, led to strains in the marriage.

But if his wife suffered as a result of Brown's obsessive pursuit of climatic accuracy, she emerges from the painting as a heroic figure. Her face, though tinged by unhappiness, is determined and strong. Her left hand holds the tiny fingers of a baby, otherwise invisible beneath her thick woollen shawl. She has taken the glove off this hand to impart some of her own warmth to the child, while her other gloved hand squeezes her husband's in comfort and encouragement.

Ford Madox Brown, although never formally a member, was closely associated with the Pre-Raphaelite Brotherhood, a group of artists led by Brown's one-time pupil, Dante Gabriel Rossetti. The Brotherhood sought a return to a purer style of painting, something akin to that practised in Italy before the time of Raphael (1483–1520). The mother holding her child in The Last of England, with her pale, sad face, and her centrally parted hair, has much in common with fifteenth-century Italian Madonnas. The halo-like arc of her bonnet reinforces this impression. A comparison between her face and that of the Virgin Mary in a panel by Galleazzo Campi (c. 1475–1536) in the Fitzwilliam, left [908], is striking. Campi's picture was itself inspired by an altarpiece by Raphael's teacher Perugino (c. 1450–1523).

The fine attention to detail in this painting is also characteristic of the work of the Pre-Raphaelite Brotherhood. Everything is carefully planned and observed in this oval composition (which perhaps mimics a view through a telescope?), from the cabbages hanging on the netting in the foreground to preserve them during the long voyage, to the chalk cliffs of Dover receding into the distance. The lifeboat in the background carries the name of the ship: El Dorado, the legendary country of gold in South America that men had searched for since the sixteenth century. Perhaps this is an ironic reference to Woolner's mission to the gold fields of Australia. By the time The Last of England was finished in 1855, Woolner had in fact returned to England, no better off than before.

The painting in the Fitzwilliam is a second version painted by Brown in 1860, the original having been finished in 1855. This larger canvas, which has even more subdued colours, is now in Birmingham Museum and Art Gallery. Ironically, given that it was born of the misery of professional failure, The Last of England proved to be Brown's first major artistic success. It sold immediately for £150, the largest sum he had yet earned for a painting. The Fitzwilliam version is one of two replicas that he was asked to paint, so admired was the original canvas.

From the Marlay Fund. 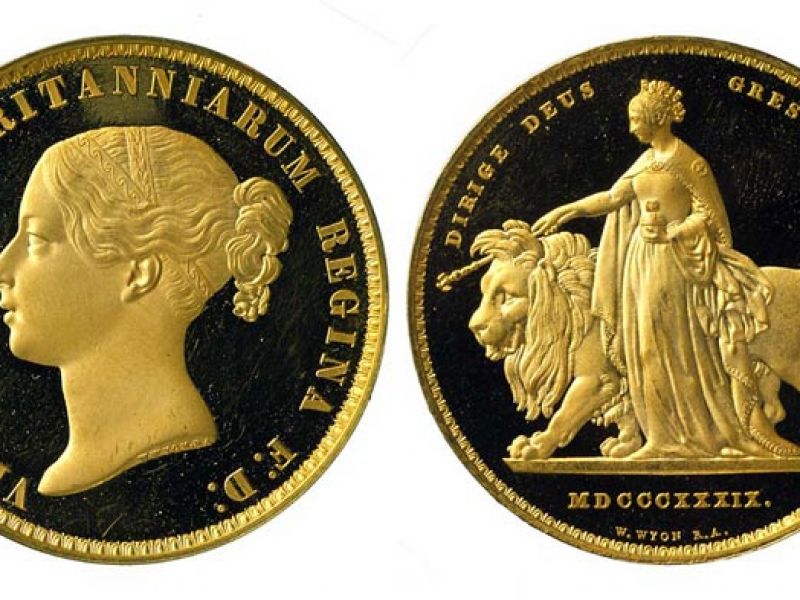 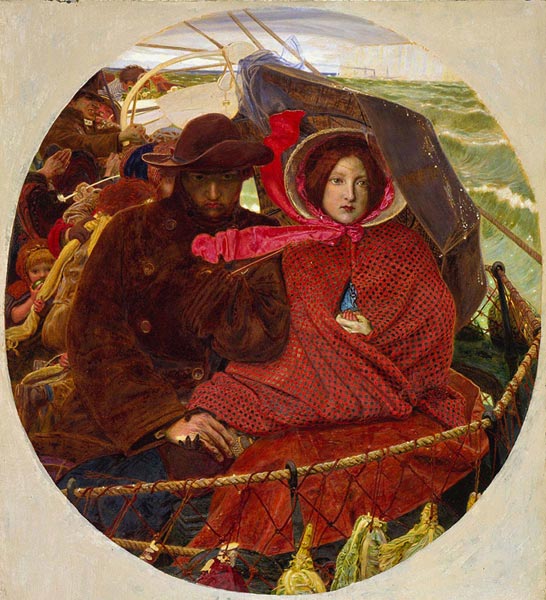